The first photograph of the Fellowship to include female fellows was taken in 1980. On 22 June 1978, Dr Marian Silver was elected to an Official Fellowship with effect from 1 October 1978. She was followed by Dr Gertraud Herbert and Rachel Wroth, both of whom were elected to Fellowships in 1979. 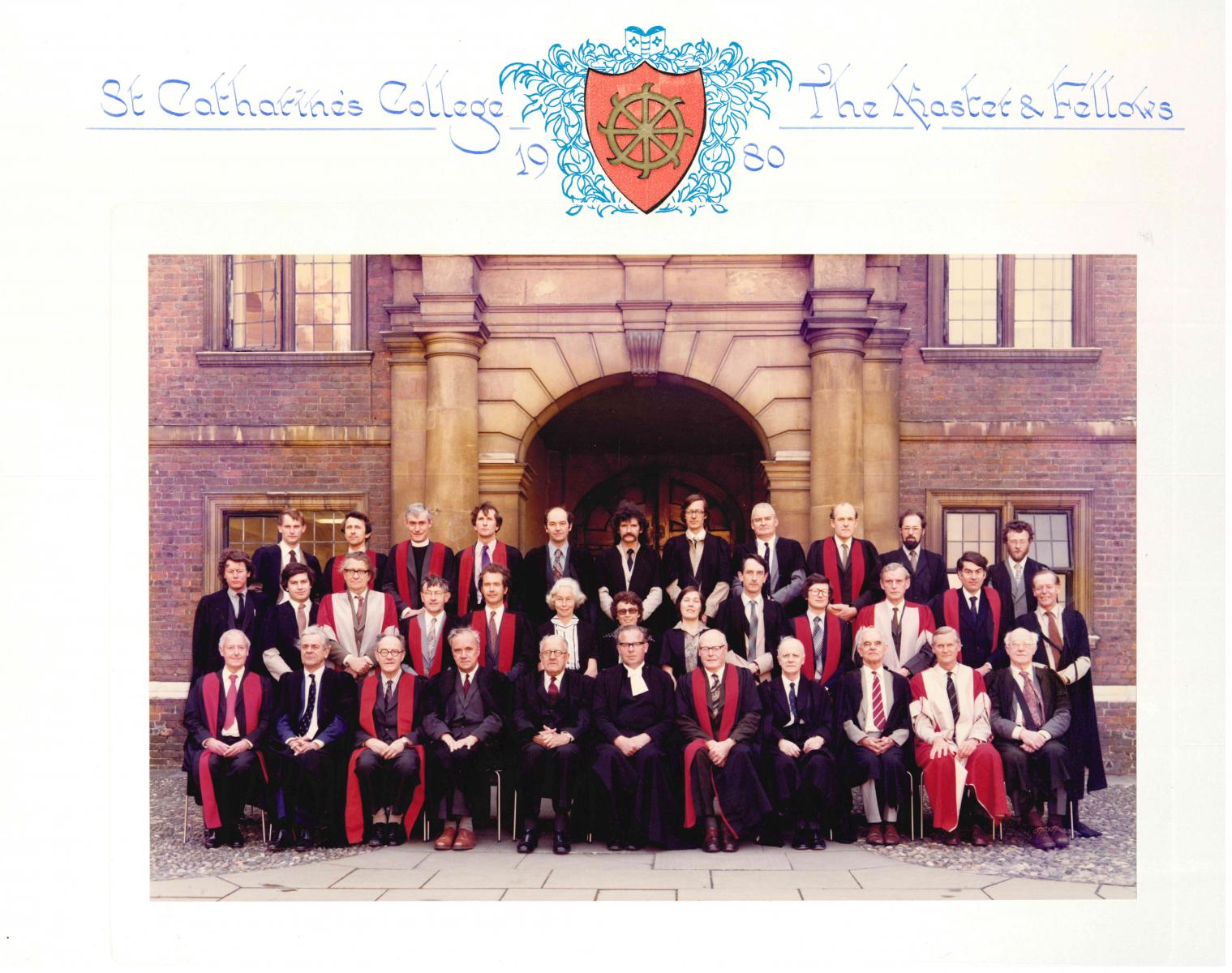 Reproduced by permission of Lafayette Photography

Dr Marian Silver (second row, sixth from the left) served as a Fellow for fifteen years, four spent as Tutor, until her death in 1994. A distinguished academic, she spent three decades as the Assistant Director of Research in the Department of Physiology.

Dr Gertraud Herbert (middle row, centre) had supervised students in the Faculty of Modern and Medieval Languages since 1967. She retired from the College in 1990 and died in 2012.

Rachel Wroth (middle row, sixth from the right) was a member of the Department of Engineering and became Director of Studies in 1985. She left the Fellowship in 1989, although she remained active in Cambridge until her death in 2009.