Mary Ramsden played a pivotal role in the history of St Catharine’s. Mary was the daughter of Robert Robinson of Fockerby in Yorkshire. In 1711, she married William Ramsden of Norton, who died only six years later. Her marriage settlement meant that after her husband’s death she was entitled to possess the manor of Norton during her lifetime. However, when her husband died, Mary’s father-in-law was still alive and refused to leave Norton. Mary responded by ordering her father-in-law’s arrest and taking legal action to gain ownership of the manor. Following the deaths of her brother and elder sister, Mary also became the heiress of Fockerby, so that by 1719 she had become a very wealthy woman. 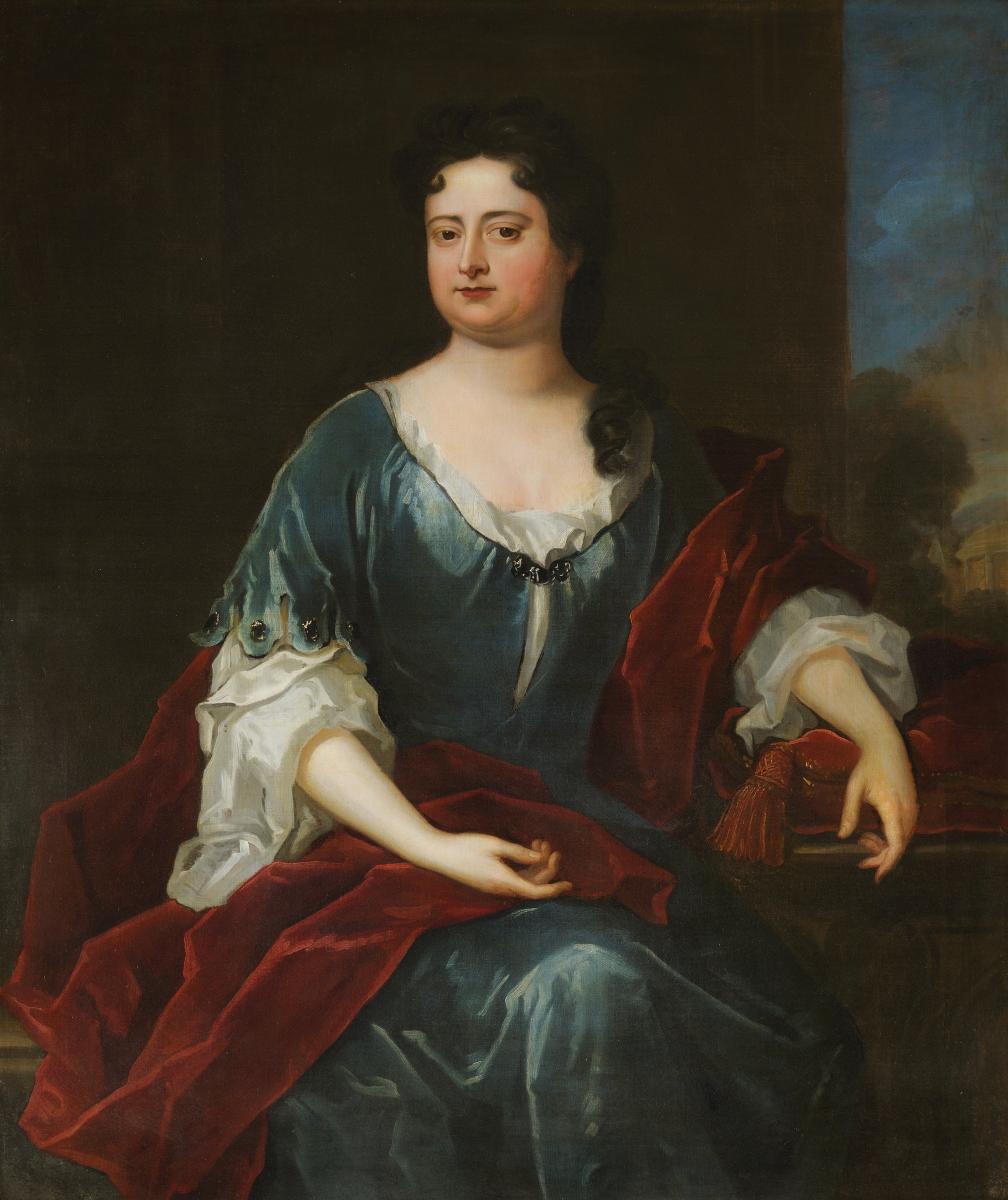 Having enjoyed her estates for many decades, Mary died in 1745, leaving her entire fortune to the College. Until recently, her bequest was the single largest gift the College had ever received. Mary’s will stipulated that the money was to be used for the creation of six new Fellowships and ten new scholarships and provided money to erect a new building to house the recipients. Work began on the Ramsden Building in 1757 and finished in 1765. As a result of the new building, the College’s orientation switched from Queens’ Lane to Trumpington Street.

Every year a dinner is held in College in honour of Mary Ramsden, following the terms of her will.  The Ramsden bequest also included family portraits, which are now hung around the College. Mary’s own portrait hangs behind the High Table in Hall as a testament to her pivotal role in the history of St Catharine’s and the shaping of the College as it exists today.

Next page: The Benefactions of the Barnardiston Family