It is with great sadness that the College has learnt that Dr Philip Oliver (1988), Emeritus Fellow of the College, died in Cambridge on Saturday 13 June after an unexpected illness.

He was a Fellow of St Catharine’s College for 32 years and was well-loved as a Member of College, a dedicated teacher, and a staunch supporter of sport across the University of Cambridge.

Dr Oliver was incredibly committed to supporting the students, Fellows and staff of the College, including as Fellow, Director of Studies and, more recently, Emeritus Fellow.

Professor Sir Mark Welland, Master of St Catharine's, commented, "Dr Oliver made so many important contributions to life at St Catharine's, which he continued after his retirement. He will be very sorely missed by the whole community, past and present."

The numerous heartfelt messages that St Catharine’s has received speak eloquently to the widely held admiration for Dr Oliver. We have created a digital Book of Remembrance so that our dispersed community can leave messages wherever they are in the world. This book will preserve our remembrances and all that he did for students, Fellows and the College. Add a message to the Book of Remembrance.

Giving in memory of Dr Oliver

Some members of the College community have expressed interest in giving in Dr Oliver’s name. Wintercomfort, a charity for homeless people in Cambridge, was supported by Dr Oliver during his lifetime.

The St Catharine’s College Music Society organised a virtual afternoon concert for students, Fellows, alumni and staff on Saturday 27 June at 3–3.40pm. As part of the concert, the College orchestra’s performance of Prelude to the film "49th Parallel" by Ralph Vaughan Williams was dedicated to Dr Oliver.

The College is committed to hosting a service in memory of Dr Oliver. We are mindful of the large number of people from across the College community and further afield who might wish to come together to mourn his passing and celebrate his life. This service will be held at a later date when larger gatherings are possible again. The College will be in touch with its alumni, students, staff and Fellows with further details once the memorial service has been scheduled.

In the meantime, the College has taken great care to organise a small, graveside funeral service on 2 July for Dr Oliver’s closest friends and local community in Kingston where he lived for many years: 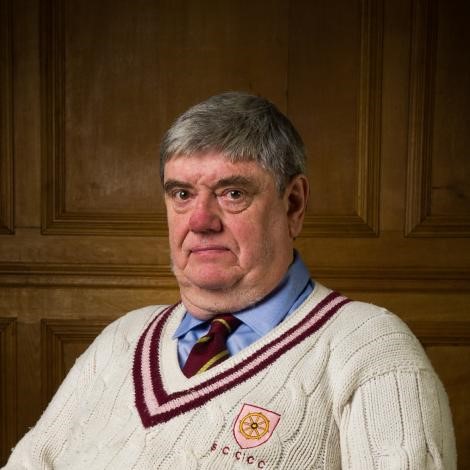 Student excels at fencing thanks to sports bursaries