The College is pleased to announce that Dr John Benger (1979, English) has been named as the 51st Clerk of the House of Commons. Dr Benger will take up the post on 1 March when the current Clerk, Sir David Natzler, retires.

The Clerk of the House of Commons is the chief adviser to the House on matters of parliamentary procedure, privilege and broader constitutional issues. Dr Benger, who joined the House of Commons Service in 1986, said of his appointment: “It is an honour and a privilege to be appointed to this historic role at such a key moment in the life of the Commons.”

Speaker of the House of Commons, John Bercow, said that Mr Benger was the selection panel's unanimous choice, adding: "We believe he has outstanding qualities and will be an [excellent] successor to the clerk who is due to retire very shortly."

The College would like to congratulate Mr Benger on this exciting new step in his career. 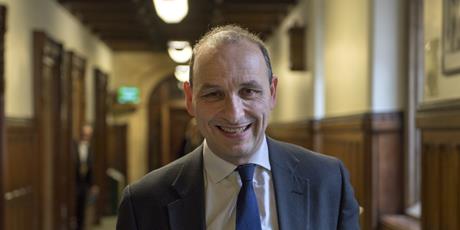 New and outgoing Senior Tutors work together in response to coronavirus