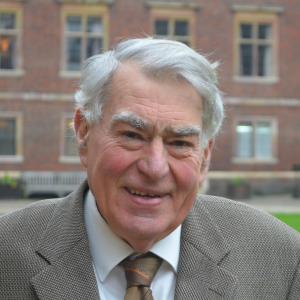 After school (Purley Grammar School) and national service (R.A.F.), I came to Cambridge in 1959 to read History at Christ's College.  After graduating in 1962, I began research in American history and was a Harkness Fellow in the United States, 1963-65. I taught at University College London, 1966-71, and became a Fellow of St Catharine's when I was appointed to the Cambridge History Faculty in 1971. I have been here ever since apart from periods of leave, during which I have had Fellowships at the Woodrow Wilson Center in Washington, D.C. (1975-76) and the National Humanities Centre in North Carolina (1993-94). I married my wife, Dorothy, a historian of the ancient world and a Fellow of Girton College, in 1982.  We have no children.

The central theme of my work has been seeking to understand how the actions of the United States in the world arise from the nature of American society and politics. This has involved research into the debates over U.S. foreign policy from the late 19th century to the present.
1971
2006