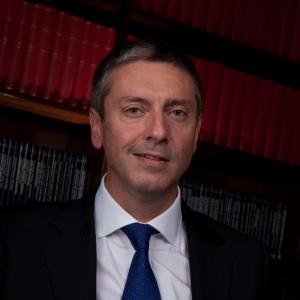 Nick Morrell is the British Heart Foundation (BHF) Professor of Cardiopulmonary Medicine at the University of Cambridge School of Clinical Medicine, UK. He is a clinician scientist and Director of Research at the National Pulmonary Hypertension Centre, Papworth Hospital, Cambridge. He is also Director of the Cambridge Centre for Cardiovascular Research Excellence.

Dr Morrell received his medical degree (MBBS) from Imperial College in 1987. His early research on the regional control of ventilation and perfusion (MD, 1993) was followed by a post-doctoral BHF Fellowship at the University of Colorado Health Sciences Center, under the supervision of Dr Kurt Stenmark (1993-1995). Returning to the UK, he completed pulmonary training at the Royal Postgraduate Medical School, Hammersmith Hospital and was awarded a Medical Research Council Clinician Scientist Fellowship (1998-2000). In 2000 Dr Morrell moved to the University of Cambridge where his research has focused increasingly on understanding molecular mechanisms of PAH caused by mutations in the bone morphogenetic protein type II receptor (BMPR-II), and leading national and international genetic studies of PAH. He has also developed novel therapeutic approaches that target the BMPR-II signaling pathway. He has published over 220 papers in this field. He was elected to the Fellowship of the UK Academy of Medical Sciences in 2011. He is a UK National Institute of Health Research Senior Investigator and co-Editor-in-Chief of the journal, Pulmonary Circulation.  He has served on research grant committees for the BHF, Medical Research Council and Wellcome Trust.