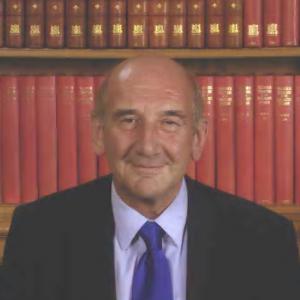 Cellular and molecular mechanisms of asthma and COPD, understanding and developing therapies and research into biomarkers for these diseases. He is involved in multidisciplinary translational research which integrates basic science with clinical studies, thereby providing novel insights into common airway diseases.
Professor Barnes is Margaret Turner-Warwick Professor of Medicine at the National Heart and Lung Institute and Honorary Consultant Physician at Royal Brompton Hospital, London. He qualified at Cambridge and Oxford Universities (first class honours) and was appointed to his present post in 1987. He has published over 1000 peer-review papers on asthma, COPD and related topics (h-index 162) and has written or edited over 50 books. He is one of the top 10 most highly cited researchers in the world and the most highly cited respiratory researcher in the world over the last 20 years.
He was elected a Fellow of the Royal Society in 2007, the first respiratory researcher for over 150 years. He is currently a member of the Scientific Committee of global guidelines on COPD (GOLD). He also serves on the Editorial Board of over 30 journals and is currently an Associate Editor of Chest, Journal of COPD Foundation and Editor in Chief of Up-to-Date Pulmonary Diseases. He has given several prestigious lectures, including the Amberson Lecture at the American Thoracic Society, the Sadoul Lecture at the European Respiratory Society and the Croonian Lecture at the Royal College of Physicians. He has been received honorary degrees from the Universities of Ferrara (Italy), Athens (Greece), Tampere (Finland), Leuven (Belgium) and Maastricht (Netherlands). He is an emeritus NIHR Senior Investigator, a Master Fellow of the American College of Chest Physicians and elected member of Academia Europaea. He served as President of the European Respiratory Society 2013/14. He co-founded an Imperial spin-out company RespiVert, which was acquired by Johnson & Johnson and has developed novel inhaled treatments for COPD and severe asthma.
Barnes, R.S.K. 2020. Do different sympatric seagrasses support macrobenthic faunas of differing composition, abundance, biodiversity or patchiness. Marine Environmental Research, 160, 104983.
Barnes, R.S.K. 2019. Local patchiness of macrobenthic faunal abundance displays homogeneity across the disparate seagrass systems of an estuarine bay. Marine Environmental Research, 148, 99-107.
Barnes, R.S.K. & Laurie, H. 2018. Seagrass macrofaunal abundance shows both multifractality and scale-invariant patchiness. Marine Environmental Research, 138, 84-95.
Barnes, R.S.K. 2017. Are seaward pneumatophore fringes transitional between mangrove and lower-shore system compartments? Marine Environmental Research, 125, 99-109.
Barnes, R.S.K. & Hamylton, S. 2016. On the very edge:  faunal and functional responses to the interface between benthic seagrass and unvegetated-sand assemblages. Marine Ecology Progress Series, 553, 33-48.
FRS (2007)
FMedSci (1989)
Honorary degrees from University of Ferrara (Italy), Athens (Greece), Tampere (Finland), Leuven (Belgium), Maastricht (Netherlands)
Master FCCP (American College of Chest Physicians)
Member of Academy of Europe
Member American Association of Physicians
FRSSAf; Bicentenary Medal of the Linnean Society of London