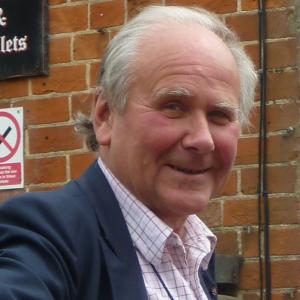 Retired 12 years ago and no longer active in research, but try to keep up with relevant literature.

Richard Gardner studied Natural Sciences at St Catharine’s before doing a PhD in the University’s Physiology Department with Nobel Laureate Robert Edwards. In 1973 he was appointed to a University Lectureship at Oxford where, from 1978 till his retirement in 2008, he held a Royal Society Research Professorship. His research interests include investigating the fate of cells in early mammalian development and the properties of stem cells derived from early embryos. He was awarded the Zoological Society’s Scientific Medal in 1977 and was elected to the Royal Society in 1979. He received the March of Dimes Prize in Developmental Biology in 1999, the Royal Society’s Royal Medal in 2001, a Knighthood in 2005 and an Honorary Doctorate from Cambridge in 2012. For many years he chaired the Royal Society’s working group on ‘human embryo research’, and served recently as President of the Institute of Biology (now the Society of Biology). From 2007 to 2016, he also held an Honorary Visiting Professorship at the University of York.

My research interests included investigating the lineage and patterning of cells in early mammalian development and the biology and properties of the various types of stem cells derived from early embryos.
For this work I devised a variety of microsurgical and micromanipulative techniques, one of which was transplantation of cells and tissue between blastocyst stage mammalian embryos. This came to be used very widely in work on genetic modification of mice with embryonic stem cells. My most recent work provided evidence for some degree of pre-patterning of the mammalian embryo.
1977 Scientific Medal of the Zoological Society of London; 1999 March of Dimes International Prize in Developmental Biology; 2001 Royal Medal of the Royal Society; 2004 Albert Brachet Prize of the Belgian Royal Academy; 2005 Knight Batchelor; 2006 Honorary Fellowship of the Institute of Animal Technology; 2007 Honorary Fellowship of St Catharine’s College; 2012 Honorary Doctorate of Science, University of Cambridge; 2015 Patrick Steptoe Lecture and Medal of the British Fertility Society; 2018 Waddington Medal of the British Society of Development Biology