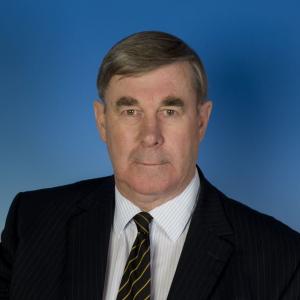 Previously he was Principal and Vice-Chancellor of the University of Glasgow from 1995 to 2003. He was Chief Executive of the Higher Education Funding Council for England from 1991 until 1995. As such he played a key role in the development of policies concerned with the contribution which higher education institutions make to the economic development through teaching and research and related activities with particular emphasis on international developments in higher education including the utilisation of online resources. He moved to the Funding Council from being Vice-Chancellor of the University of Liverpool from 1986 to 1991. He was Professor of Metallurgy in the University of Sheffield from 1977 to 1986 having taken up that post after 16 years in the Department of Metallurgy and Materials Science in the University of Cambridge where he was also a Fellow of St. Catharine's College. He was educated in the School of Engineering of the University of Auckland, New Zealand where graduated with a BE degree in Aeronautical Engineering and a PhD in Materials Science from the University of Auckland and received both an MA and ScD from St Catharine's College.

Currently he is Chairman of the Higher Education Policy Institute, the Foundation for Liver Research and of the NZ-UK Link Foundation. He has held Visiting Professorships in New Zealand, Brazil, China, Argentina, South Africa, Israel and India. He is currently Chairman and President of the British University Vietnam and a member of the Boards of Taylor’s University, Kuala Lumpur and the University of the Seychelles. He is a Trustee of International Students House. He is a member of the International Advisory Boards of the Russian Presidential Academy of National Economy and Public Administration, Moscow and Taylor’s University, Kuala Lumpur.

He was knighted in January 1996 for services to higher education.