St Catharine’s College is delighted that Dr Richard Dance (1997) has been promoted to a Professorship in the Department of Anglo-Saxon, Norse and Celtic (ASNC) at the University of Cambridge, effective 1 October 2020. The title proposed for his chair is ‘Professor of Early English’.

Since securing his first University appointment in 2001, Dr Dance has pursued special interests in both Old English and Middle English: from the language’s earliest recorded origins over 1,000 years ago through to the end of the Middle Ages, and spanning language, literature and their interfaces. Now Head of Department until September 2020, he oversees the studies of 30–40 postgraduate students and 70–80 undergraduate students across Cambridge.

“I am fascinated by the influence of Scandinavian languages on the development of English, as part of the contact between speakers of many different languages that characterised medieval Britain in its multilingual European context. I have really appreciated the support that I’ve received from the ASNC Department over many years – it has provided a fantastic environment for nurturing my research interests,” said Dr Dance.

Dr Dance recently published Words Derived from Old Norse in Sir Gawain and the Green Knight: An Etymological Survey, the most detailed description ever undertaken of the Scandinavian influence on the vocabulary of a major Middle English text, and a new model for the collection and analysis of Norse loans in any English source. As Principal Investigator of The Gersum Project, funded by the Arts and Humanities Research Council, he has also led public engagement activities to raise awareness of the Scandinavian influence on English, including in the rich and diverse vocabulary still used to this day in regional dialects. 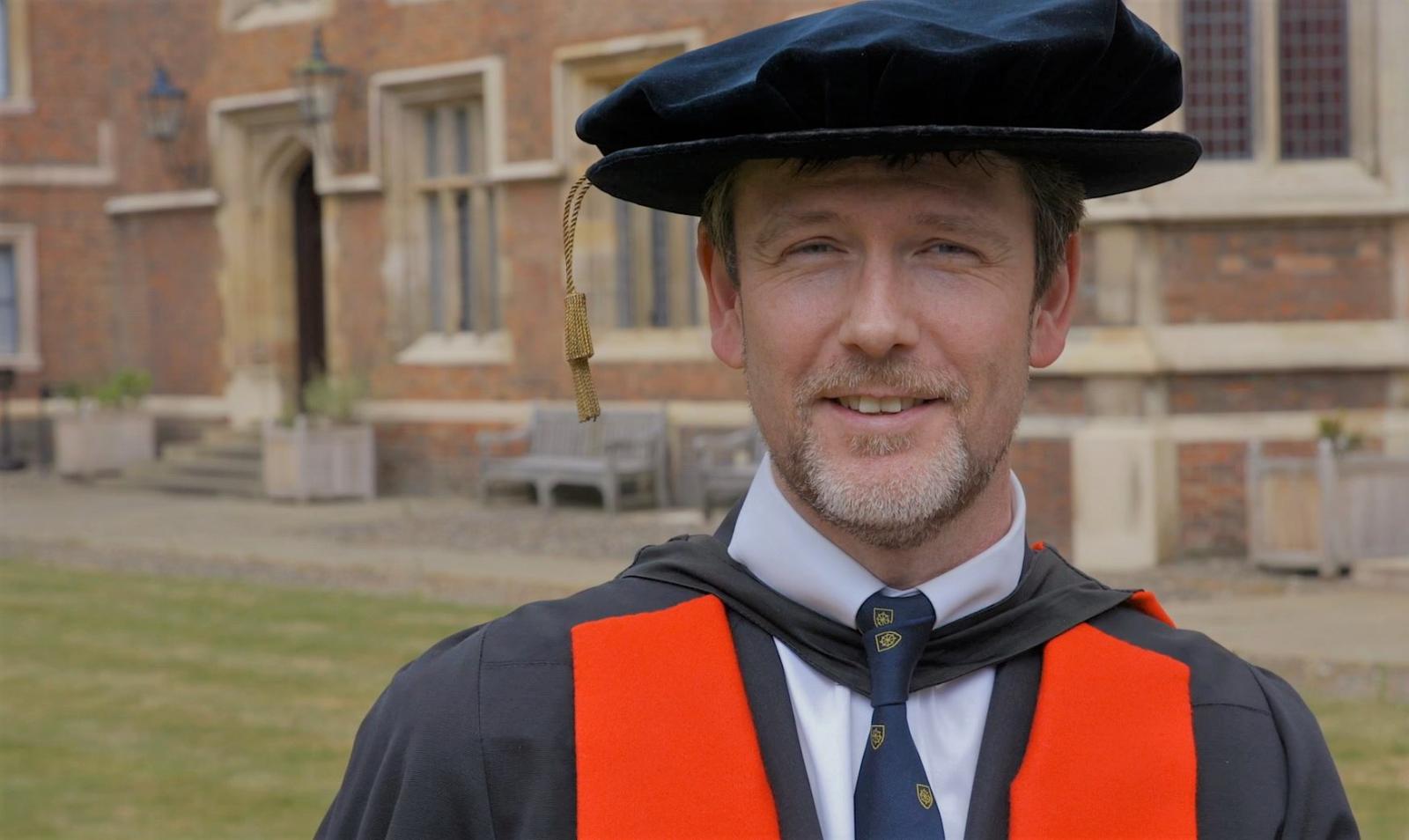 Pictured: Dr Richard Dance has been the College's Praelector for 15 years.

Dr Dance joined St Catharine’s as a Junior Research Fellow in 1997, having completed his doctorate at University College Oxford. He has served as the College’s Praelector over the last 15 years and is also a Director of Studies.

“I feel very fortunate to have benefited from such a long-standing and supportive relationship with St Catharine’s. Looking back, the Junior Research Fellowship was game-changing and essentially kick-started my academic career, during what is often a vital and formative phase for any early career researcher. It has been my privilege and absolute pleasure to serve as Praelector and play my part in our students’ academic development, welcoming new arrivals at matriculation and celebrating their subsequent achievements at graduation,” added Dr Dance.

Professor Sir Mark Welland, Master of St Catharine’s, commented, “On behalf of everyone at St Catharine’s, many congratulations to Dr Dance on his promotion to a Professorship. I’m sure our Fellows, staff, alumni and students will want to join me in thanking him for his ongoing contributions to our academic community, which have been achieved in parallel with his considerable Departmental responsibilities.”

Find out more about studying Anglo-Saxon, Norse and Celtic.