A plantation bell that was on display at St Catharine’s until 2019 is now helping to tell a more complete story of enslaved people and slave owners as part of an exhibition at the Rijksmuseum, the Dutch national museum for art and history in Amsterdam.

Today, His Majesty King Willem-Alexander of the Netherlands officially opened the exhibition, which will run until 29 August 2021 and features oral sources, poems, music and objects from museums, archives and collections from across the world.

The bell from St Catharine’s appears at the entrance to the exhibition, next to four other large bells from different parts of the world. It is on display with other tools that were used on plantations, alongside items that were cherished by enslaved people.

Professor Sir Mark Welland, Master of St Catharine’s, commented, “On behalf of St Catharine’s, I want to congratulate the Rijksmuseum on the opening of this important exhibition and thank them for giving us the opportunity to contribute to the collection of plantation bells on display. Objects from the lives of enslaved people and slaveowners make us confront the injustice that was perpetuated by the UK, the Netherlands and other countries over many centuries, and how the legacies of enslavement continue to affect institutions and communities today.”

Valika Smeulders, head of history at the Rijksmuseum, commented, “By focusing on ten true personal stories, Slavery gives an insight into how individuals dealt with legalised injustice.”

The exhibition was originally scheduled open in 2020 but the organisers chose to postpone due to local COVID-19 restrictions. With some precautions remaining, the exhibition is initially open only to secondary schools in the greater Amsterdam area, and general admission is expected to open as soon as circumstances permit. Information about the exhibition is also accessible remotely on the Rijksmuseum website.

Dr Colin Higgins (2018), Librarian at St Catharine’s, added, “I have been impressed by the creativity and care shown by team at the Rijksmuseum, who have ensured that the bell is displayed in a way that will encourage modern day audiences to engage meaningfully with slavery and its legacies.” 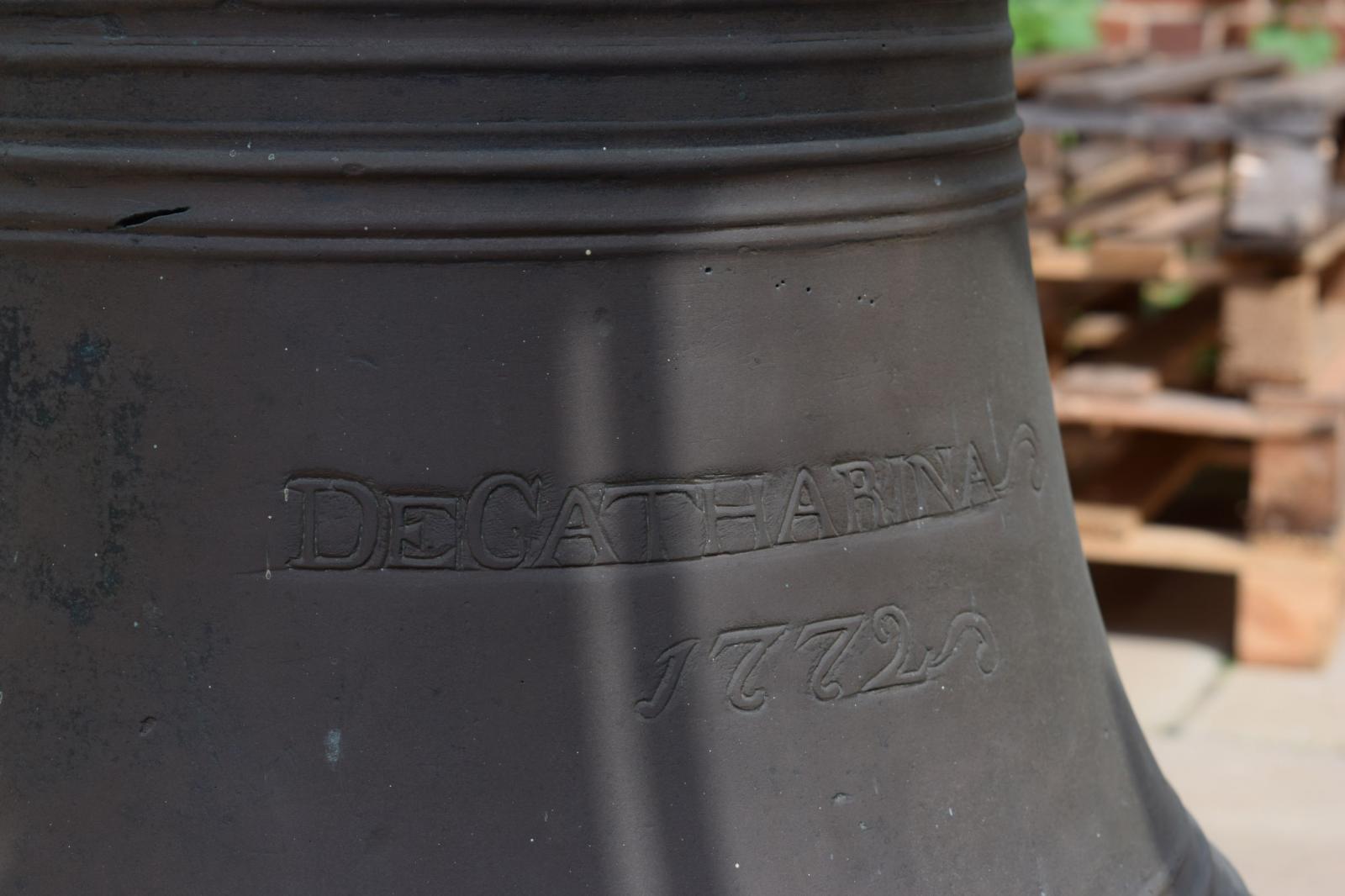 After consultation across the College community, the Master, Fellows and students of St Catharine’s decided to move the bell from its prominent position at the entrance to the College. This decision in May 2019 was reached after detailed research confirmed that the bell, which is inscribed ‘DE CATHARINA 1772’, was found in the Demerara River, Guyana, adjacent to the historical location of the De Catharina slave plantation.

One use of such bells on plantations was to control the work cycles of enslaved men, women, and children. The bell was presented to the College by a former student in 1960 and was installed at the entrance way soon after. Apart from its recovery and presentation by a former student, there is no other historical connection between the College and the bell.

Sir Mark said at the time, “Having learned the provenance of the bell, the College community rightly decided that it must be moved from its present position but that its history and associations must not be hidden away. On the contrary, by committing the College to research into historical links with slavery, we make the bell a focus for honest discussion and reflection.”

The bell was made a focus for honest discussion and reflection about the College’s historical links with slavery. To begin the process of understanding more about our heritage and how this has been represented, the College created bursaries that enabled four students to undertake research projects. Findings from the first phase of the Legacies of Enslavement project were presented in 2020 and have helped inform subsequent College activities, including how we marked Black History Month.

A call for St Catharine’s students to get involved in the next phase of the Legacies of Enslavement project was announced in May 2021, with a view to further research projects being completed over the summer for presentation in Michaelmas Term 2021.

Conversations are ongoing between the College and representatives acting on behalf of the Guyana National Museum, who have expressed interest in facilitating the return of the bell to Guyana.