"Fieldwork sparked a passion for archaeology but I never dreamt I would make it to Cambridge and I can still recall how nervous I was ahead of my admissions interview at St Catharine’s in 1957. In the following years, I acquired a deep-seated loyalty to St Catharine’s thanks to all the support that the College has given me. I have been returning annually each summer for some years now, and it is like being home again.”

An ongoing fascination with the prehistoric archaeology of Southeast Asia can be traced back to an invitation to join a team working in Thailand for fieldwork in December 1969:

“I was swept along on the wave of excitement that something truly dramatic was emerging from this pioneering fieldwork. I have kept pursuing this interest ever since because of what archaeological finds can tell us about the long-term development of complex societies and social inequality.

“I can’t think about stopping now when technology is driving advances in archaeology at a breakneck pace and revealing information that would have been unimaginable when I started out. DNA extraction and analysis, for instance, mean we can identify family relationships between individuals buried together and start to reconstruct an entire social system. New techniques in dating, such as accelerator mass spectrometry, allow us to provide rock solid chronological scaffolding from a single grain of millet or rice.” 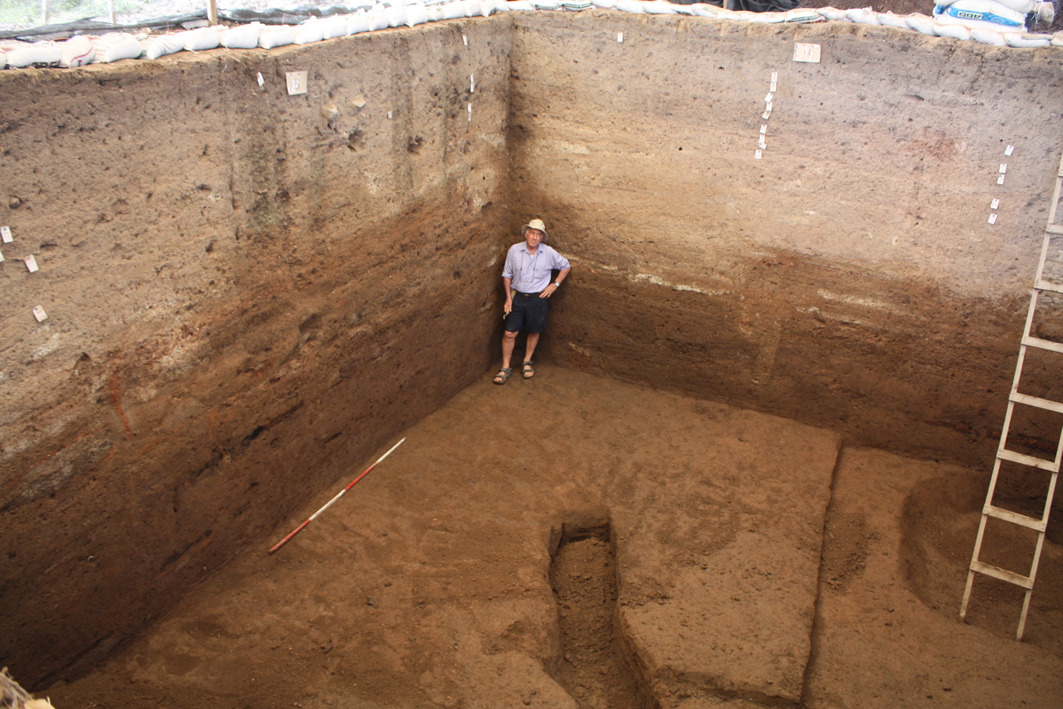 Pictured: One of Professor Higham's excavations.

In his latest paper, Professor Higham integrates the later prehistory of mainland Southeast Asia with that of the extensive and varied lands north to the Yangtze River and beyond.

“The origins of rice cultivation are a key chapter in human prehistory. Collaboration between Chinese scientists and their counterparts in other countries has shown that rice cultivation began in the lower reaches of the Yangtze River, and then spread elsewhere in the region. One of the extinct communities that my excavations revealed in Northeast Thailand originally expanded out of China as a rice-based community.”

Professor Higham is keen to nurture the next generation of archaeologists, wherever their research interests lie:

“The world has opened up so much over the course of my career and the path is now clear for young archaeologists trained in any particular region to move on to a project somewhere entirely new. I hope the field will continue to attract and excite new students – after all, our understanding of pressing issues like climate change can only be enriched by archaeology given that prehistory covers 99.9% of human past and our impact on the planet.”

Find out more about studying Archaeology at St Catharine’s.

Fellow launches book ahead of centenary of the Chinese Communist Party