Undergraduate student Alex Wallace (2019, Mathematics) has been announced as a finalist in the Walter Hussey Composition Competition, a choral music composition competition organised by Reading Phoenix Choir in honour of the late Walter Hussey (1909–1985).

"This is a beautiful piece that immediately instils a sense of calmness. The text is Gaelic and one could almost imagine being on the shore of a Scottish Loch as the opening chords emerge. The melody is very lyrical and would be lovely to sing and to listen to. The accompanying voices are utilised well with harmonic interest throughout. There is a well worked climax in the middle of the piece before a calm reflective ending."

Alex is currently the junior organ scholar at St Catharine’s and President of the St Catharine’s College Music Society. Although primarily a choral composer, he has also written a treble recorder sonata and a piano trio, which have been performed in Scotland and in Cambridge.

Alex commented, "I have really enjoyed writing this piece and taking part in this year’s competition. I aimed to partially keep the sound of Gaelic psalm chanting, whilst mixing that with more modern choral styles. It’s also been a fantastic project to complete while the country has been in lockdown and we are looking towards musicians at home to be creative." 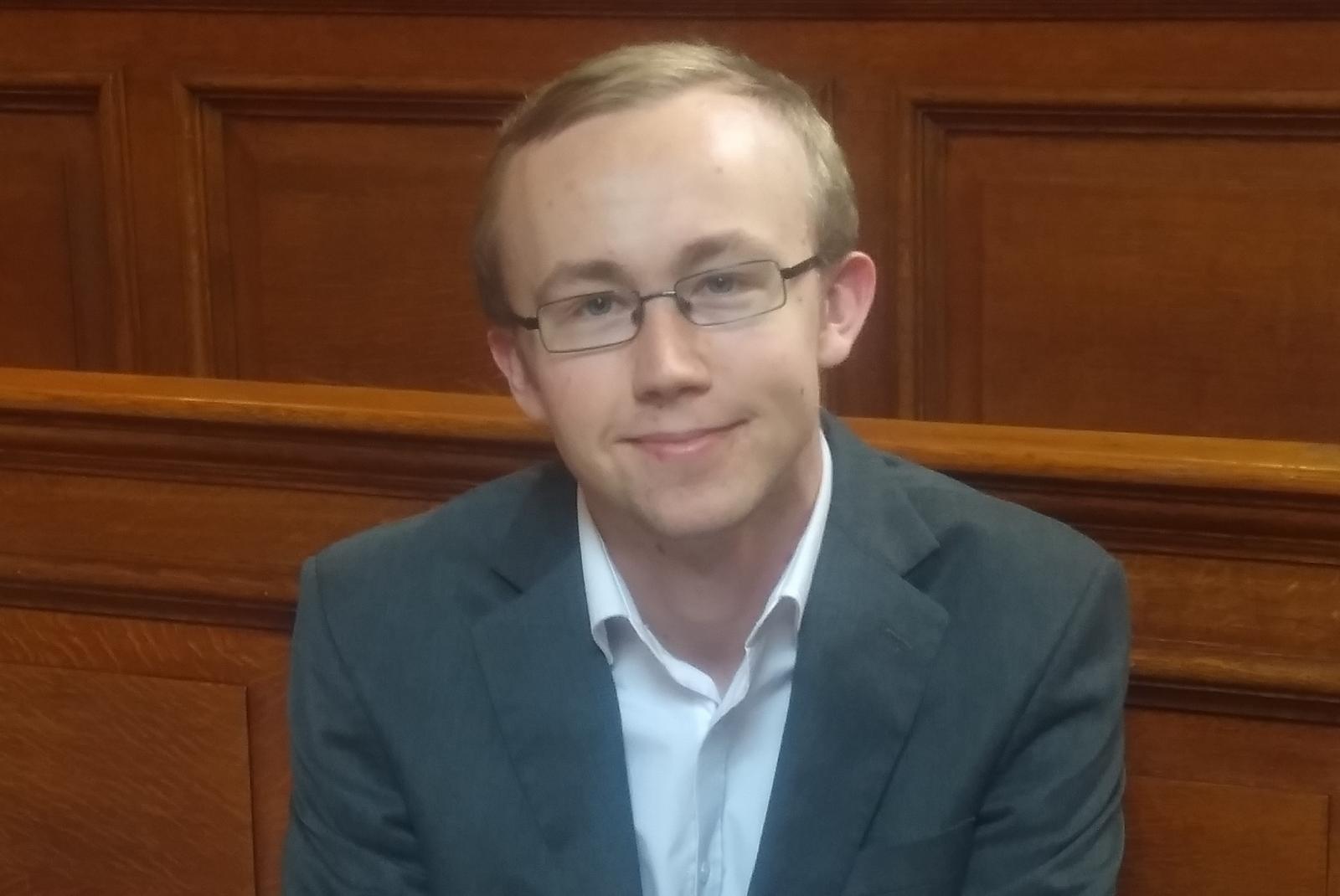 Find out more about the strong musical tradition at St Catharine's.

Fellow launches book ahead of centenary of the Chinese Communist Party