Yes she can: Catz student brings our College spirit to student politics

This summer, Chloe Newbold (2017, History & Politics) will start her term of office as Women's Officer for the Cambridge University Student Union (CUSU). In this full-time sabbatical role, she’ll represent students at the University of Cambridge who identify as female or non-binary from July 2020 for a year.

Chloe was successfully elected by students across the University, as part of the 2020 CUSU Lent Elections. On 6 March, it was officially announced that Chloe had won – and she had been ahead of the other candidates from the very first round of online voting.

Chloe has kindly taken the time to share what motivated her to stand for election and what she’s learnt from her experiences of student politics so far.

Did you always want to get involved in student politics and seek elected office?

“Not at all! Thinking back to when I arrived at Catz three years ago, it’s surprising where I’ve ended up. At the start of my first year, I had no awareness of what CUSU did and (wrongly) assumed that getting involved in University-wide politics wouldn’t be particularly productive or helpful. I now feel strongly that CUSU officers provide a vital voice for marginalised students and help build a community outside of and across the 31 different Colleges. However, I only started to feel this way once I became involved in the Junior Common Room (JCR) Committee in my first year at Catz.”

How did you get involved in our JCR Committee?

“The JCR Committee is a really important part of College life for undergraduates at Catz and the JCR elections during my first year were a popular topic of conversation among my friends. We were lucky to be given a clear and helpful summary on each of the different roles on the Committee, which is how I found out about the Environmental & Ethical Officer role and definitely piqued my interest.

However, what made the biggest difference was the positive atmosphere at Catz. As someone who’d never done public speaking, hustings should have been a terrifying part of the elections for me. The reality was fortunately much less daunting – I was in a familiar room and speaking to my College friends.”

What did you gain from your JCR role?

“Becoming a JCR officer gives everyone a bit of responsibility and a taste of what it is like to make a difference on behalf of your community. For me, the JCR Committee also offered an opportunity to connect with other students and I got a great sense of achievement from working collectively on events in College, like Green Week during Michaelmas Term in 2018.

Before long, I became aware of the different ethical affairs campaigns that were organised by CUSU to bring together relevant JCR officers across the University. This inspired me to join campaigns for changes that went beyond the remit of a single College community, such as fossil fuel divestment and paying workers a living wage.” 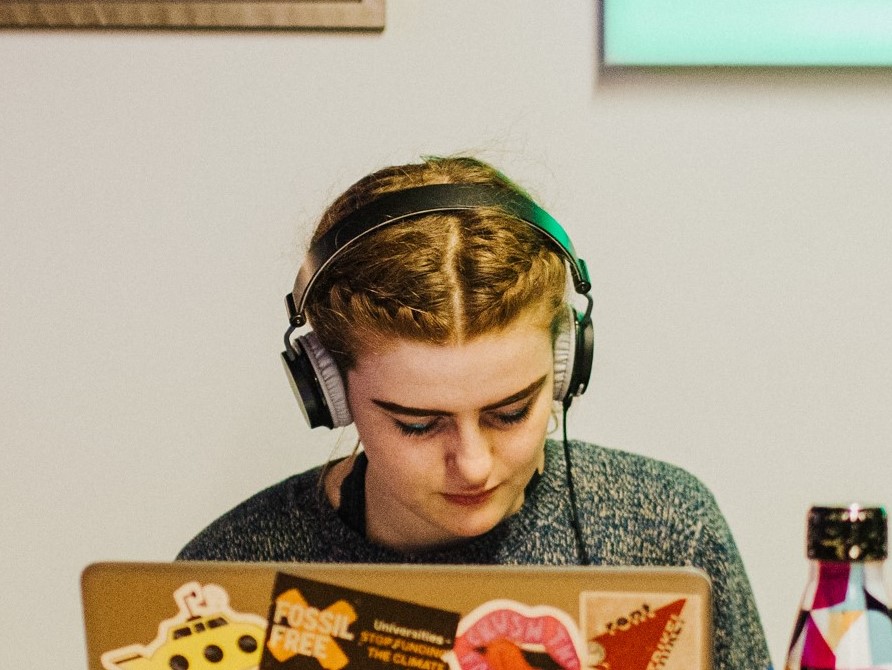 What was your first experience of CUSU elections?

“The first time I experienced student politics outside the Catz JCR was when I stood to be the CUSU Ethical Affairs Green Officer Organiser. It was also the first time I created a manifesto!

‘Green Officer’ is the general term that encompasses the Environmental & Ethical Officer role at Catz and similar roles across the University. Standing for election enabled me to build on my JCR experience and encourage others to build a cross-Cambridge community through which we could all share skills and insights.”

How did you become interested in standing as a candidate for the Women’s Officer role?

“I’d honestly never thought about standing for any of the CUSU sabbatical roles, as they had seemed to be the preserve of students with a different background to mine – I wasn’t convinced as a working-class student from Birmingham that I could ever be a successful candidate.

I was fortunate that lots of people started suggesting I should run. I was also prompted to think about running because issues affecting female and non-binary students were making headlines: from sexual misconduct at other Colleges, to intimidation of students on University property. Colleges like Catz provide a great deal of support for female and non-binary students and I decided I wanted to try to replicate this at a University level.”

“I’ll be honest: it was quite hard. I had to overcome feeling like an imposter and being uncomfortable about putting myself out there. In the early stages, I considered pulling out three times but I was more at ease once I actually started campaigning, when I could finally sit down with other students and found I was able to answer their questions.

I also learned that other students were genuinely receptive to hearing about CUSU and what I wanted to achieve as Women’s Officer. After all, the admission of women is still pretty recent history for many Colleges.

This year, most CUSU roles only had one candidate so there were only 2 contested roles: President and Women’s Officer. I genuinely enjoyed running alongside five amazing candidates from all different backgrounds and learning about their manifesto commitments. Looking at other walks of political life, it felt like a blessing to have other names on the ballot that I respected and thought would do well if I was unsuccessful.”

What advice can you share with students thinking about standing for election?

“First and foremost, you don’t need to be a slick political operative during or after the election. CUSU are providing all the officers who start in July with training and a handover with the outgoing officer.

You don’t need any specific skills, personality traits or background – just belief that you have something positive to contribute and a voice that’s worth listening to. Despite lacking self-belief on a few occasions, I’m sure now that anyone could bring something to the table.

It is definitely worth going along to meetings, either CUSU or JCR, to see that the elected officers are just regular students like you. The JCR is also a great space to try new things, develop a passion and find out more about pressing issues.”

How did Catz support you?

“The College was really supportive throughout the CUSU election and I would like to thank everyone who helped me in recent months. Thank you to my friends and my tutor, Dr Miranda Griffin, for their support and encouragement through the highs and lows of deciding to stand and the election itself.

I’m certain that a big swell in Catz votes contributed towards winning. Catz students have a reputation for College pride and turning out to vote for each other in CUSU elections. My friends also helped by sharing campaign news on social media, which gave me a bigger reach.

Ultimately, the College’s sense of community and supportive culture not only made it possible for me to consider running for a JCR role back in my first year, but also made me realise what I could bring from Catz to benefit the wider University.”