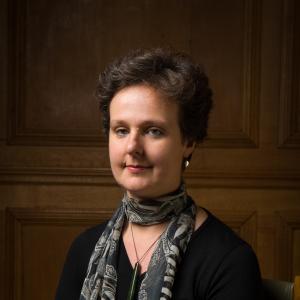 I came to Cambridge as a Commonwealth Scholar from New Zealand in 1999 to begin my PhD and have been here ever since. I work on early modern literature, especially Shakespeare, with particular interests in performance and visual and material culture (costume, textiles, jewellery, gardens, portraits, miniatures). I was a Research Fellow at Magdalene College from 2003-6, and I've been a Fellow of St Catharine's since 2006. I really enjoy working with our students as they discover more about Renaissance literature. Unsurprisingly, I love going to the theatre.