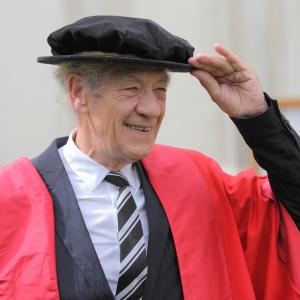 Ian McKellen studied English as an undergraduate at St Catharine's. He is an actor and activist, who has received a multitude of international awards for his performances in the theatre, cinema and television. He has been an eloquent advocate for gay rights since he came out in 1988 and co-founded Stonewall, the charity which lobbies for legal and social equality for gay people. He was knighted for his contribution to the performing arts and was appointed Companion of Honour ‘for services to Drama and Equality’ by the Queen in 2007.