Thank you to our Rowing Coach and Boathouse Manager, Carmen Failla, for sharing the following report from Lent Bumps.

It was always going to be a challenging bumps campaign for St Catharine’s College Boat Club (SCCBC) as the squad is heavily dominated with very promising novices. Both of the first teams (M1 and W1) were starting in strong positions thanks to the College's performance last year. This did not phase any of the remaining seniors or the ‘new’ six rowers, and all members of each crew committed to having the best campaign possible. 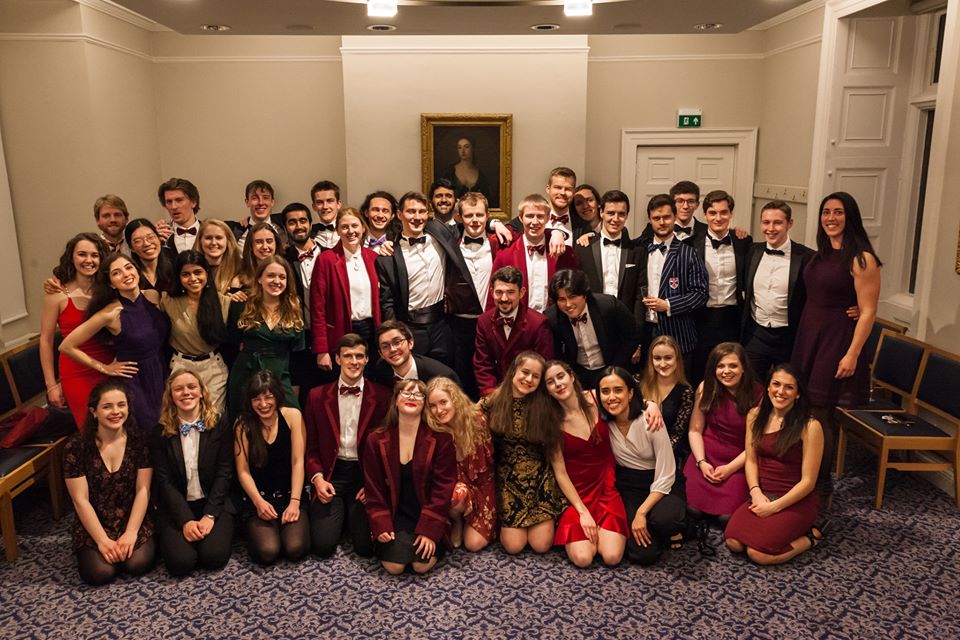 Due to Storms Ciara and Dennis, W2 did not get much time on the river this term, which has been difficult. This boat was predominantly novices (7 out of 9). Even with minimal water time, these women had a fantastic attitude, both the original rowers of each day and every substitute that was willing to jump in to help with outings and during bumps – thank you. Knowing they had a hard fight on their hands, they attacked hard coming off the start each day – so much so that contact with the opposite bank was achieved on Day 2 following a poorly angled push off! However,  we were able to bump back Caius on Day 3... it was a technical bump due to Caius not pushing off correctly, but a bump is a bump and it was St Catharine’s first bit of foliage! Suffice to say W2 set the tone and proudly brought some greenery back to the boathouse. I am excited to see what these women can achieve next term with more water time under their belts and a bit more fitness. Well done W2!

These lads (including Maya) rowed with great commitment everyday of bumps. The comradery of the crew was palpable and, with an unforgettable start to Lent bumps (which insiders know it will always be too soon to joke about), M2 performed excellently and held their place on the river from last year. This was no easy task with some fast crews behind them piling on some dangerous bumping pressure. The crew was tough enough to pull away inches from being bumped to have a well-deserved row over on Day 3, after fighting hard with Eli only rowing arms and body due to an unexpected seat malfunction on Day 2. What better way to end a campaign with a bump, and these lads did it in style bumping Christ’s right by grassy corner! A very big well done to you all. I hope you bring the same passion in June!

Lent term has been an interesting term for the members of M1. A lot was learnt and many changes were made. To the lads credit, they did a phenomenal job at showing true guts and grit during bumps. This boat had three novices, one new rower, two returners from M1 last year and two rowers from M2 so it is fair to say the experience in this crew was low coming into bumps. I was extremely impressed with the determination of this crew when put under severe pressure; they respectably and amazingly held off boats within inches from having to concede. The most rewarding part of bumps was the lads coming off the water being proud of their performance and being ready to fight another day, confidently knowing that in the long term this crew will be something to be reckoned with! They are unfortunately the only crew that didn’t bump, although the performance they gave each day was something to be proud of!

Well, what a week it was for the Women’s 1st boat! Wow! Again another young boat, in a near on brand new shell, which made for some teething issues, but nothing the women weren’t willing to knuckle down on to improve. It would have been very easy for them to be passive and accept defeat when being bumped out of Division 1 on Day 3. Hooooooowever (there is a Catz theme starting), they were so tough and showed so much courage to achieve two bumps on Day 4. This accomplishment meant they solidly moved back up and retained a spot in Division 1. At no point did anyone show any doubt in any other member of the crew: they knew they were a unit. When fuelled on digestive biscuits and Skittles, they went off like a rocket and ended their week on a brilliant high! I am beyond proud of them and am very excited to see what they are able to achieve in June!

Support the College boats in June

All College Members and staff are invited to watch the final day of the May Bumps (on Saturday 13 June) from a marquee by the river.​ Register for this event.

The Master signs joint letter to the editor of The Times

Cancelled: Marquee at the Bumps