Skip to main content
Home About us History Our Black history 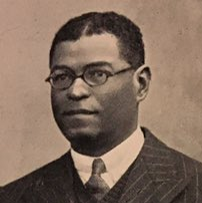 He was a pupil at Combermere School in Barbados. He won the island's scholarship in Natural Science and secured a place at St Catharine’s in 1914, which meant he travelled across the Atlantic during the first few weeks of the First World War.

After completing his training at University College Hospital in London, Clarke opened a medical practice near the Elephant and Castle in London, where he worked for nearly 50 years. He had a distinguished record of public service to the medical profession in the UK, the West Indies and Ghana. By 1936, he was a District Medical Officer and was reported to be the only Black man to hold this post in the whole of the London County Council at the time. He also served for many years on the Colonial Advisory Medical Committee under the Secretary of State for the Colonies.

Clarke was a leading figure in race relations in London and internationally from the early 1930s onwards. He was a founding member and benefactor of the League of Coloured Peoples and an active supporter of the West African Students Union since its inception. He was also elected First Chairman of the House Committee of Aggrey House, a hostel for African students and students of African descent, and was a Governor of the new West Indian Students Centre at Earls Court, London. He was involved in planning the Conference on the African Peoples, Democracy and World Peace held in London in July 1939.

According to Clarke’s contemporaries, he was known to be gay – at least among his immediate Black community. From the 1930s, he lived with Edward G. (‘Pat’) Walter, who accompanied him on various overseas trips in the 1950s–60s. Correspondence with their peers includes greetings to and from Clarke and Walter as a couple.

By the middle of the 20th century, Clarke was well-known to many international visitors to London, who benefited from his medical talent and hospitality. He hosted W. E. B. Du Bois, when the sociologist and co-founder of the National Association for the Advancement of Colored People (NAACP) visited London in 1945, and the pair stayed in regular contact into the 1960s. Clarke treated the daughter of Nobel Prize winner Ralph Bunche, who was referred to him by the Kenyan leader Jomo Kenyatta. The Pan-Africanist George Padmore underwent throat surgery, either by Clarke or a trustworthy colleague, and his recovery was overseen by Clarke.

In the 1950s, Clarke was elected to the Council of the British Medical Association as representative for the West Indies, and appointed Medical Adviser to the newly-independent government of Ghana with the further official title of Senior Medical Officer.