Document of the Term: The Hall

In Summer 2020, the current Hall will be removed and a new one erected in its place as part of an exciting building programme to extend and enhance the College. Here we take a look back at the history of the Hall, which has gone through many changes over the centuries.

We know little about the appearance of the medieval hall, although there are a few references to its existence scattered through early College records. In 1675 the College embarked on an ambitious building scheme, which included a new gateway to the College, a Master’s Lodge, D and C staircases, and, a new Hall (the current SCR).

The late seventeenth-century Hall remained largely unchanged until the 1860s when the Hall was renovated to achieve a more gothic appearance. This led to the addition of carved wainscotting with canopies, chandeliers, a coat of arms above the doorway, and a great bay window, as shown in the photograph above which dates to 1876.

By 1930, the Hall had become far too small to accommodate students and Fellows at mealtimes. In an effort to create more space, the Senior Common Room of the time was turned into a gallery at the west end of the Hall. This was accomplished by knocking through the wall and creating a series of three arches overlooking the Hall. In the gallery, long wooden benches provided additional seating for students, which is shown in the photograph below.

Even with this additional capacity, the Hall quickly became too small and crowded for the growing size of the student body after the Second World War. In the 1960s, the decision was taken to build a completely new Hall for the College as part of the King’s Lane development, a joint building programme by both King’s and St Catharine’s. In 1965, the gallery was sealed up to create what is now known as the Old Combination Room and the arches were covered over. These arches were recently uncovered during building work in the Old Combination Room. 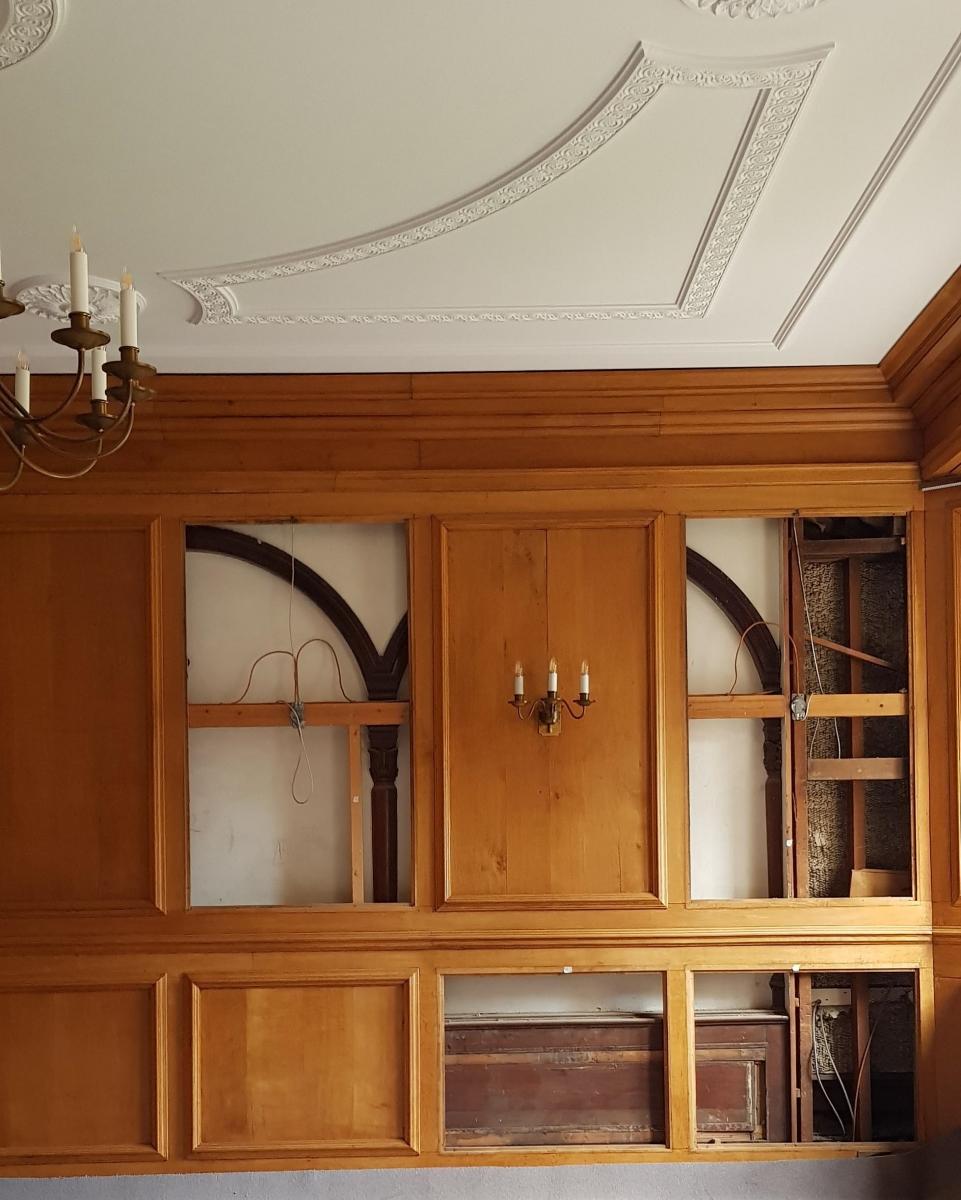 During the 1960s redevelopment a new SCR was created from the old Hall by inserting a new ceiling and altering the entrance. In 1974, the College created the paneled cloakroom area outside the SCR, using panelling from the buildings knocked down as part of the 1960s development.

This new Dining Hall, which stands today, was completed and ready for use in 1966. The photograph below shows the Hall as it was in 1967. It was refurbished in 1988-9, with the intention of softening the functional effect of the 1960s architecture. The Hall was given a new ceiling and chandeliers and the Long Gallery was also closed off to create a separate space. 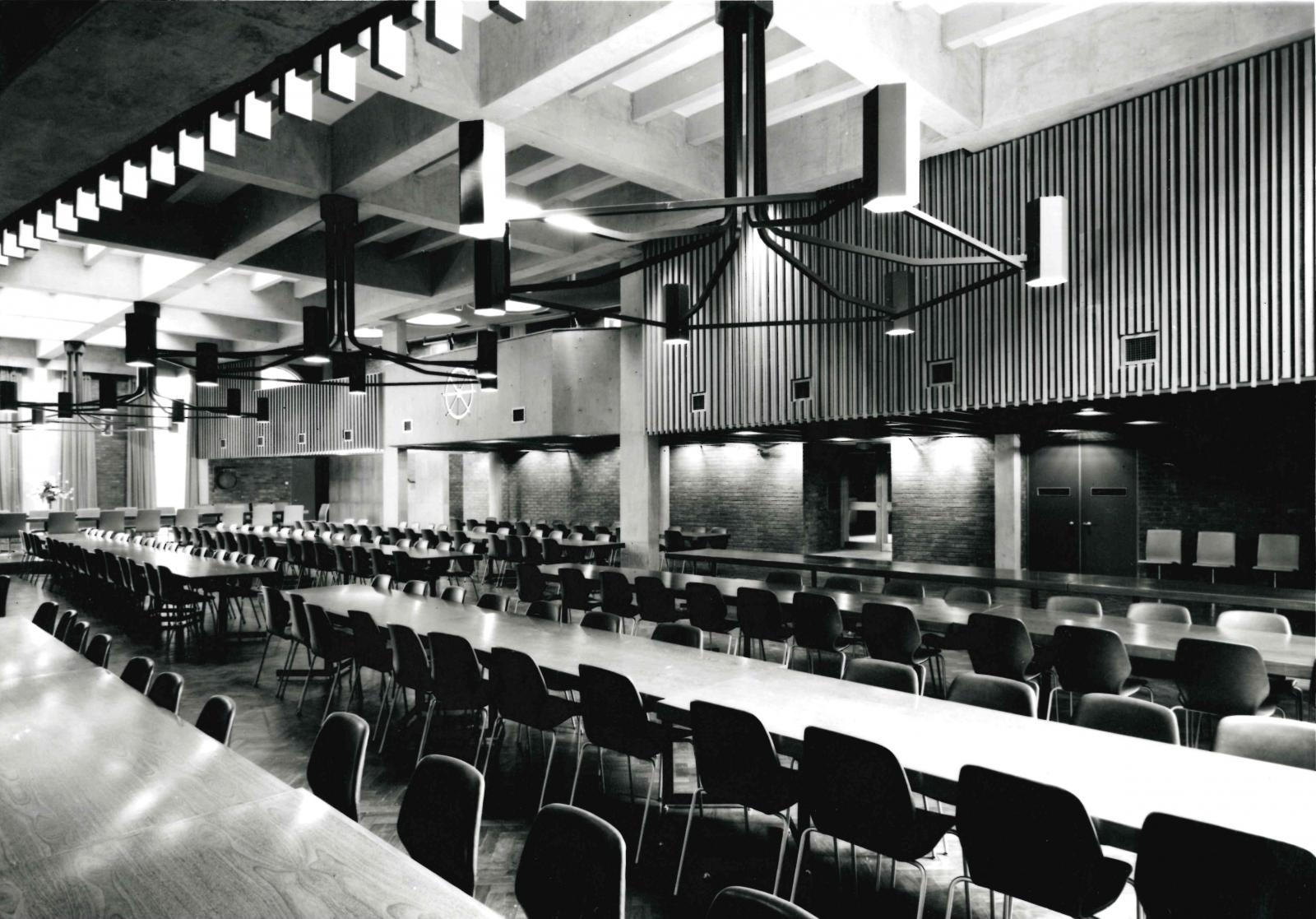