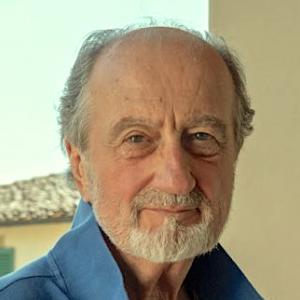 John Hooper is an author and foreign correspondent who has devoted most of his working life to reporting from the countries of the Mediterranean.

He is currently the Italy and Vatican Correspondent of The Economist and a regular contributor to the Wall Street Journal, writing mainly on art. He is also a lecturer at the Florence campus of Stanford University.

Hooper was formerly Southern Europe editor of the Guardian and Observer and, before that, Central Europe correspondent of the same two newspapers. Over the course of his long career, he was worked for, among others, the BBC, Reuters and NBC and contributed to the New York Times and many other publications. Hooper has covered a number of conflicts including in Northern Ireland, the Middle East, Algeria, Kosovo and Afghanistan.

He made his debut as an author with The Spaniards which won the following year’s Allen Lane Award for non-fiction. In revised form, as The New Spaniards, it has remained in print for more than 30 years. His latest book, The Italians was a best-seller on both sides of the Atlantic.

Hooper graduated from St Catharine’s with an honours degree in History. He now divides his time between a home in the hills above Florence and an office in Rome.

Reporting at the Southern Borders: Journalism and Public Debates on Immigration in the US and the EU. (Contrib.). Routledge. 2013.

Fatal Voyage: The Sinking of the Costa Concordia. Kindle Single. 2012.