Two Emeritus Fellows of St Catharine’s College have just published a new book, in conjunction with other colleagues, on Levelling Up Left Behind Places: The Scale and Nature of the Economic and Policy Challenge (Routledge, 2021). Professor Ron Martin (1974) is Emeritus Professor of Economic Geography at the University of Cambridge, and Professor Peter Tyler (1983) is Emeritus Professor of Urban and Regional Economics at the University of Cambridge.

The book appears at a particularly pertinent time, when the Government has repeatedly proclaimed its intention to level up the country, and when a much promised White Paper on the subject is imminent.

The authors present novel data on what they argue is a long-standing and systemically entrenched problem of geographical inequalities in economic prosperity and performance across the regions and localities of Britain, and the causes behind these disparities are highlighted.

They then examine why it is that, although the UK has had spatial policies designed to reduce such disparities for nearly a century, those policies have not succeeded. The book then moves on to propose a series of radical changes in policy and thinking that will be needed in order for the current Government’s aim to ‘level up’ the country to be fulfilled.

“As we argue in our book, an historic change in spatial – and national – policy is now a matter of urgency if spatial economic inequalities are to be reduced. The urgency is not just economic in nature - though that would be grounds alone; the urgency is also political. Large and persistent spatial inequalities in economic prosperity and opportunity have become a source of social discontent and political disillusionment: even a threat to democracy. It is imperative that politicians seize the current unique opportunity to restore a sense of economic and social belonging across a post-Brexit, post-pandemic UK.”

Their book has already attracted the attention of the new Secretary of State for Levelling Up, and the special Levelling Up Unit inside the Cabinet Office. 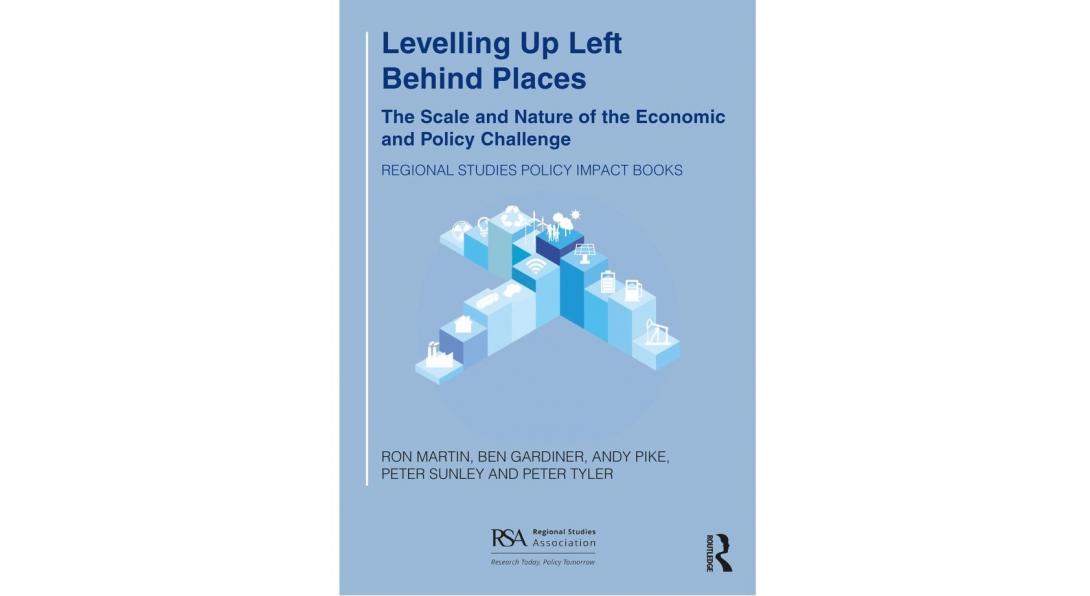