St Catharine’s undergraduate student Emma Dinnage has received the St John Ambulance Chief Commissioner’s Commendation for Exceptional Service in recognition of the more than 1,000 hours of volunteering that she was able to complete in 2020. The award was conferred by Chief Commissioner Ann Cable, who Emma appeared alongside as part of the charity’s St John’s Day celebrations in London on 24 June.

Emma commented, “St John’s Day is about celebrating all the amazing work that our volunteers do in the community (especially during the pandemic over the last year) so it was a real privilege to represent both hospital volunteers and students in St John Ambulance. Receiving the Chief Commissioner’s Commendation was very unexpected and it was lovely to meet her at the celebration!”

Emma is about to start the final year of her Natural Sciences degree and has volunteered for St John Ambulance throughout her time at St Catharine’s. The majority of her voluntary work last year was at St Mary’s Hospital, the major acute hospital for north west London, but she was also among the 80 St John Ambulance volunteers based at Moorfields Eye Hospital during a first-of-its-kind ‘cataract drive’ that boosted the number of cataract operations in a single week to help clear waiting lists caused by the pandemic.

Since early 2020, more than 30,000 St John Ambulance volunteers have given over 840,000 hours of time in hospital wards, on ambulances and – most recently – through the vaccination programme, which Emma has also been involved in. 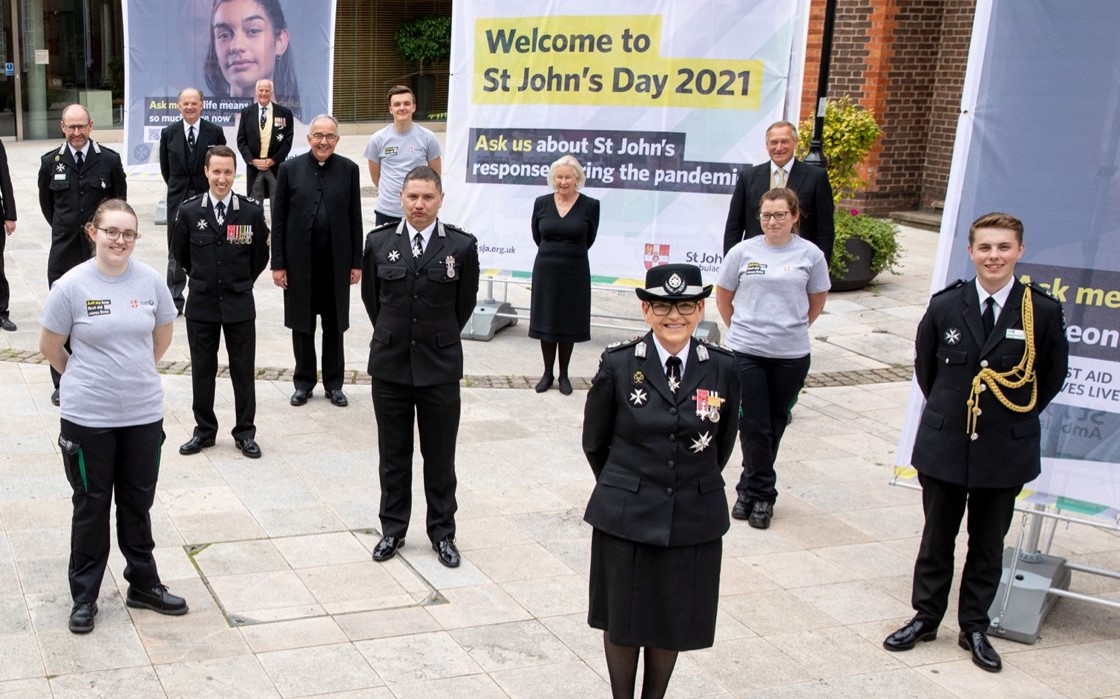 Find out more about studying Natural Sciences at St Catharine’s.

Safeguarding sites of Nazi persecution in the Channel Islands