“Superstar” student recognised for her outstanding contribution to sport

A Catz postgraduate student has been recognised for her outstanding contribution to sports as part of the inaugural University of Cambridge Sports Awards. Robyn Macrae (2017, medical research) was among only seven students across the entire University who received the 2020 Award for Outstanding Contribution due to their significant achievements and ongoing commitment. 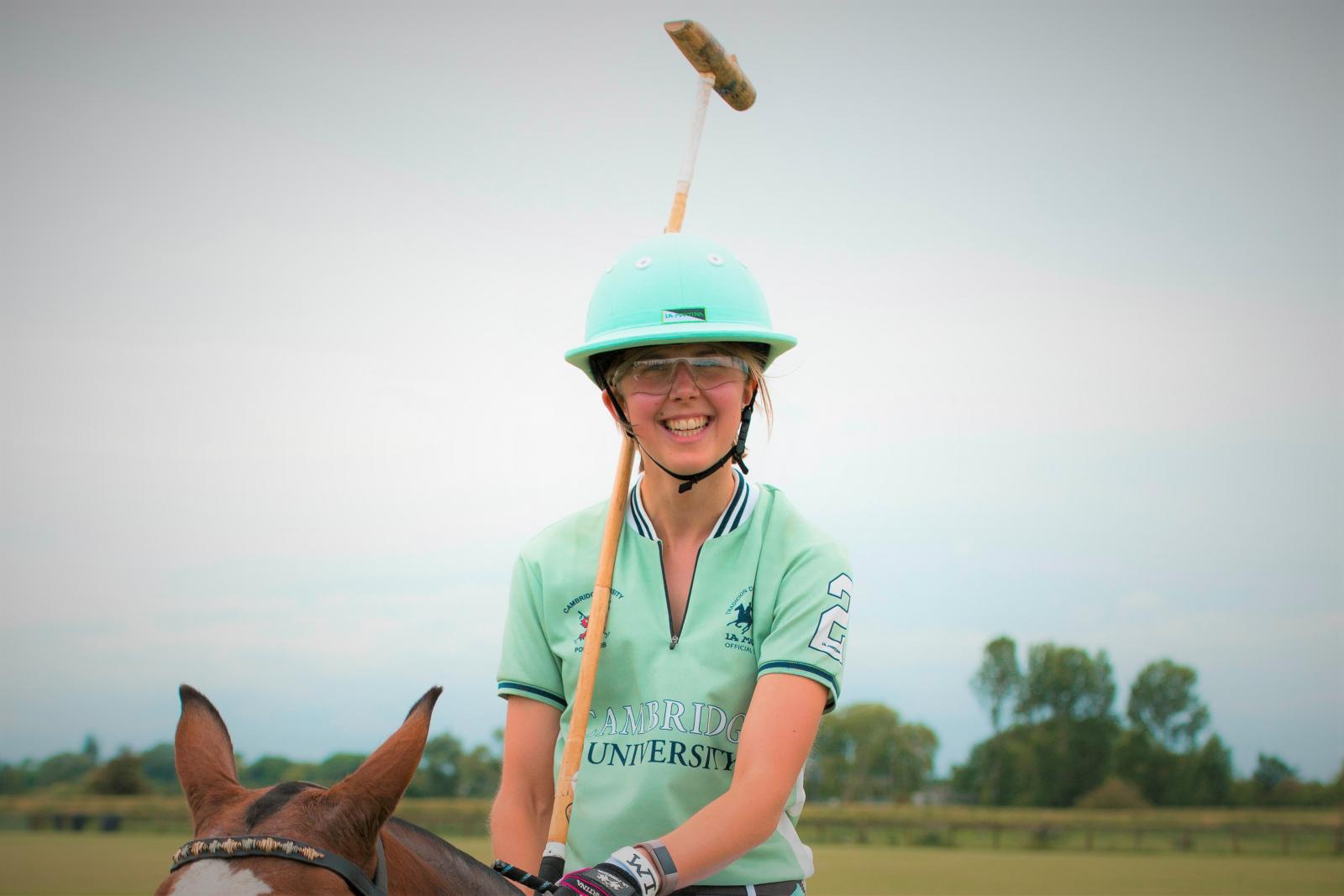 The award citation emphasises how Robyn's success as Captain of the Cambridge University Polo Club (CUPC) and contributions to rowing at St Catharine’s have been achieved alongside her commitments as a British Heart Foundation 4-Year PhD Programme Student:

“Robyn has made a fantastic contribution to CUPC since she joined 3 years ago. She is a superstar on the pitch who has never lost a varsity match. She brings boundless enthusiasm and positivity to every match she plays and is a huge asset to any team.

Alongside her achievements on the pitch, Robyn has worked tirelessly as part of the CUPC executive committee for the past 2 years. In her first role as sponsorship lead, Robyn's professionalism and enthusiasm were successful in generating sponsorship for the club. As club captain this year, Robyn has led the club through a very successful winter season and succeeds in not only fulfilling her role, but also managing to support all the other committee members in their respective roles as well.

Alongside her polo and PhD commitments, Robyn is a very talented rower, representing St. Catharine's W1 boat in many races. Robyn's dedication, alongside her sporting and academic success make her an inspiration and role model for many. She is a truly wonderful representative for sportswomen at the University of Cambridge. “

Robyn was thrilled to receive the award, as she explained:

“It was very unexpected and I am hugely grateful to even have been nominated alongside such a dedicated group of people. Being part of the Polo Club has been a huge part of my life for the duration of my time at Cambridge. Through the club I have had the opportunity experience the thrilling sport of polo and have met some of my closest friends. For the past two years I have been part of the committee, first as Sponsorship Lead and then as Club Captain for this academic year, which has been hard work but hugely rewarding, allowing me to develop a large range of skills. Most importantly, a cuddle from the polo ponies is the best medicine for a stressful day!”

Find out more about sports clubs at St Catharine’s.