The following article was first published in this year's edition of The Wheel, the College's annual newsletter, in June 2020.

Women first became undergraduate Members of St Catharine's College in 1979 amid growing recognition of the value of men and women studying and working together. In 1974, Fellows Dr John Thompson (1971) and Professor Sir Graeme Davies (1967) proposed a motion to admit women, which was implemented over the next five years thanks to the support of the Fellowship. As a result, the College community modernised, becoming more reflective of the wider world.

“A busy calendar of events was organised under the ‘Catz40’ banner and the College is enormously grateful to all organisers and attendees for their support. Catz today is wholly committed to pursuing academic excellence, equality of opportunity and a proactive approach that encourages participation by all under-represented groups, promotes an inclusive culture and values diversity”  –  Dr Miranda Griffin (2007), Senior Tutor until March 2020.

Starting as we meant to go on, a very special Catz40 dinner was held in November (as reported below by Issy Bunce). Student societies hosted celebratory events, including the Veterinary Medicine Society Dinner with Professor Dame Parveen Kumar and Professor Elizabeth Murchison, and alumnae – Kirsty Bashforth (1988), Meenal Devani (1994) and Jenny Boateng (2007) – speaking at the Economics Society dinner. The International Women’s Day Dinner in March was also a notable highlight, with Stephanie Burras CBE (1985) reminding members of their potential to impact wider society individually and collectively. 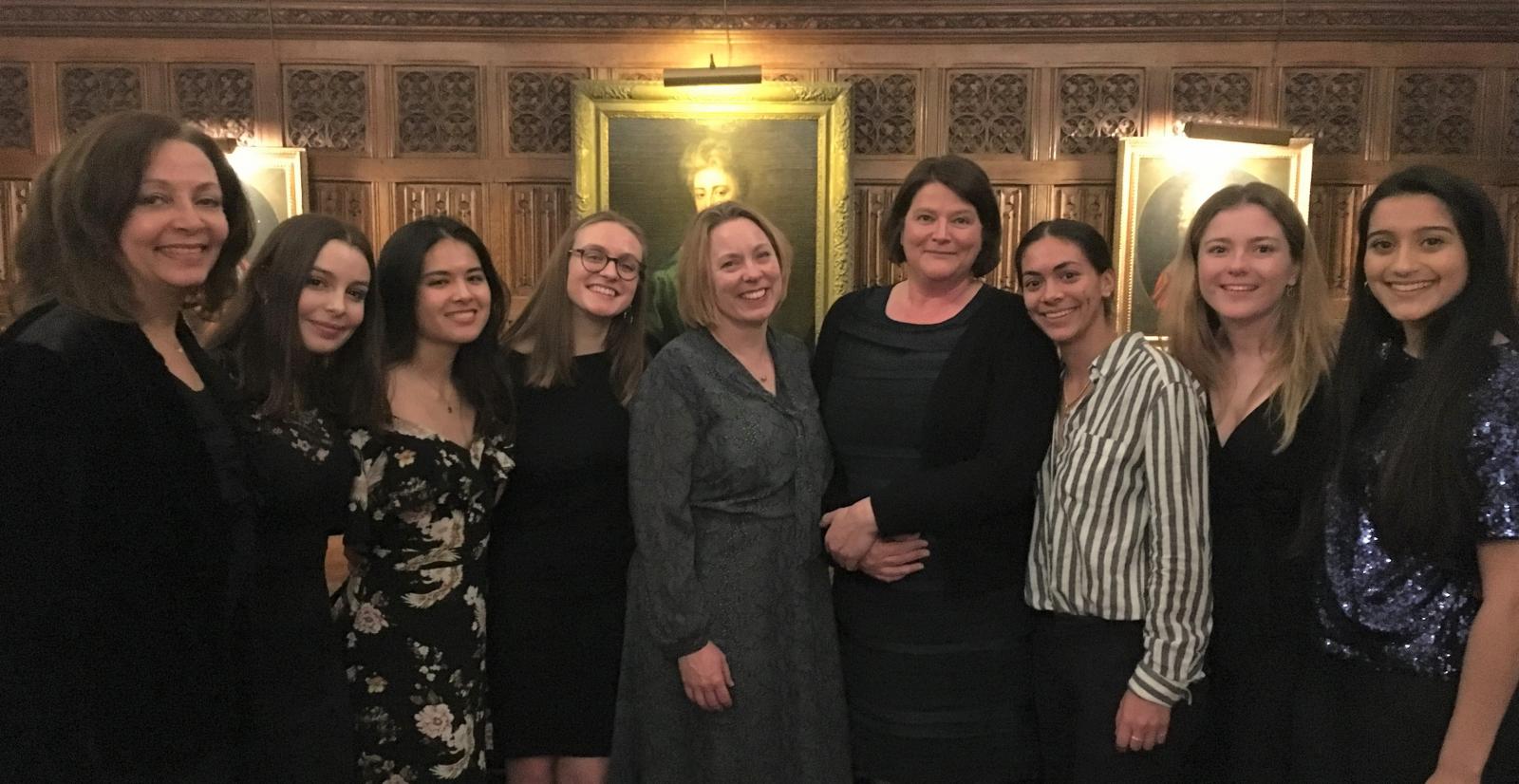 Catz40 was present in Chapel throughout the year, with The Rev’d Ally Barrett (2019) arranging for Sunday Evensongs to feature alumnae, Fellows and other women connected with the College. There was even a Catz40 Kellaway Concert and our Girls’ Choir and College Choir performed at a showcase of female composers.

Other activities ranged from a film screening, a talk with Dr Joanna Barnard (2006) and a presentation from Claire Darwin (1998) on her career in law and the BBC equal pay case.Meanwhile, St Catharine’s College Society held networking events for women in politics, business and publishing, superbly organised by Kate Cox (1990) to recognise the considerable achievements of our alumnae.

It has been great that so many alumni, students, staff and Fellows were able to come together for this special anniversary year.

Catz40 dinner: an appetite for celebration

Ahead of the dinner, I organised a group of students to meet women who matriculated in 1979 in the OCR for tea and biscuits. It was lovely to start the celebrations by bonding over similar, fun memories of Sherlock Court and learn where Catz has taken these women.

During the drinks reception, guests discussed co-education and the role of people like Dr John Thompson (1971). CatzForte, a female and non-binary a capella choir set up to perform that night, provided a link between students past and present who had participated in music at Catz. An excellent dinner featured hilarious and enlightening speeches by Dr Miranda Griffin (2007) and Dr Joanne Harris (1982), alongside remarks from Frey Kalus (2016) and myself.

I took away an overall sense that Catz40 represented very recent history. Separated by only 40 years, our experiences were so similar and our differences so few. I hope work will continue to ensure Catz is a truly representative institution and that we can learn from Catz40 about the value of being ahead of the curve.

Read more articles from the 2020 edition of The Wheel.